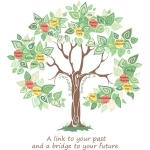 Faith and family. We of the choosing faiths forget they are so closely tied.

Then Mary ‘got in trouble,’ and Joseph, got perplexed. It certainly says something about Joseph, doesn’t it . . . that he didn’t want to hurt her, though she’d hurt him and crushed his dreams? His next dream solved more than Mary’s problems. A lot more.

Good thing Jesus looked like any other baby at birth. How else could you hold and suckle him? How else could you sleep in his presence? God lets us see as much as we can, and hides the rest till later. Shouldn’t that make us eager for the passing of time . . . even to the very end and beyond?

[photo the rose blossom by AcolyteH per cc 2.0]

This site uses Akismet to reduce spam. Learn how your comment data is processed.